Readers of this blog, and especially people who know me, know that I care passionately about women’s rights. I have ever since I was little and publicly declared at the tender age of 7 that I would never take my husband’s last name. My dad used to call me his “Femi-nazi”, thought he was always proud of me, what I’ve accomplished, and how I’ve managed to defy the odds for my gender and race.

The last election for me was…difficult – to say the least. I had always been a passionate Hillary supporter, but to see her lose to a man who openly had misogynistic views and was recorded speaking lewdly about his “power” over women rocked me to my core. I felt alone, frightened, and defeated. I felt like my life’s’ work was for nought. Then I looked in the faces of my children and I realized I could not stay this way. I had to continue fighting, no matter the odds, for them, and for their future. 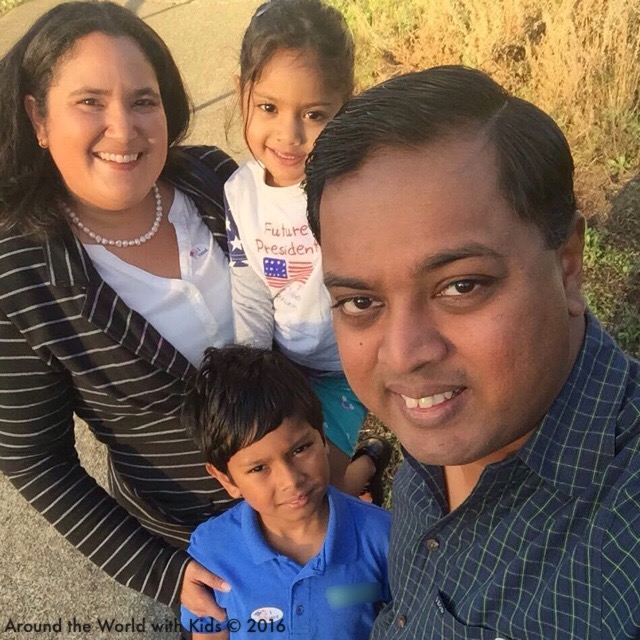 Election Day, after voting and still full of hope

I heard about the Women’s March on Washington early on after the election. I lamented that our finances would’t accommodate a trip to DC. Then I heard about the sister marches. First in San Francisco, then in Oakland. As details emerged I quickly realized that not only could I do one of those two marches, but I could potentially bring my family.

Bringing my children was not a decision I took lightly. I saw the violent protests after the election and that scared me. In addition, Oakland is a city that’s known for having a short fuse, with several demonstrations in the past years, particularly ones against the police, turning destructive quickly. But I knew that this was going to be a historic moment. As I watched the attendance grow, I knew that I wanted my children there, witnessing history. But more importantly I wanted them to know that their voice mattered. That even thought they had a president that they did not like and did not choose, they still had a voice and could vocalize their rights. 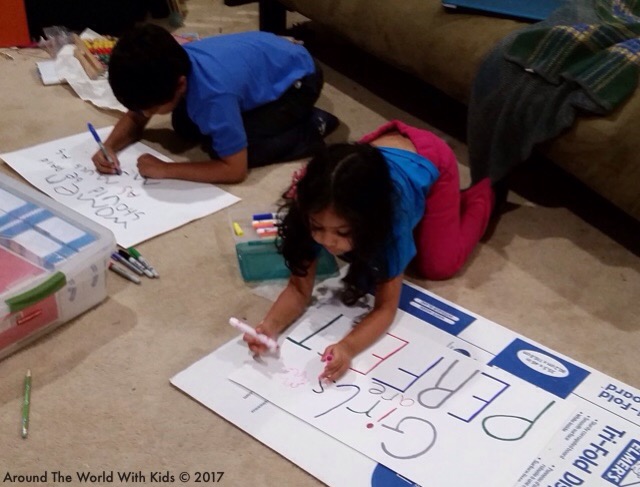 Getting ready to use their voice

Oakland’s March was during the day, which was the deciding factor for me. We spent the week ahead talking to the children about why we were marching. We read the mission of the March, watched Martin Luther King’s “I Have a Dream” speech, and talked about the issues women still fact today. Then I went out and bought poster paper, and the kid each choose their own slogans. We had one rule, it had to be positive. For me this was not about questioning the legitimacy of the presidency. It was about making a statement that we were there, we were not going away, and we would fight to protect our rights. 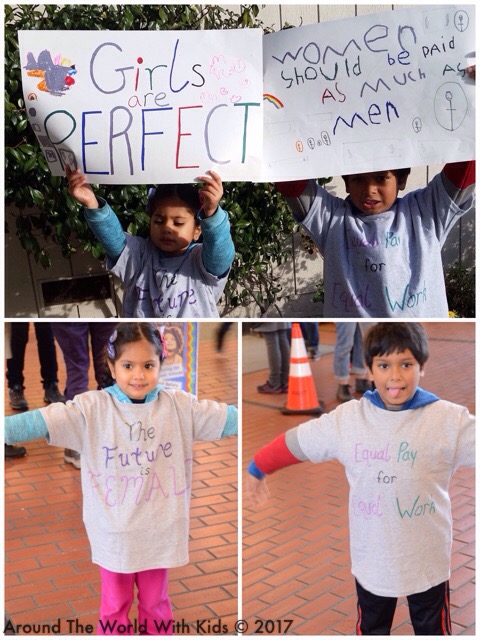 The messages we chose to send

I took initiative and organized a group of like minded friends their families. We agreed on a meeting spot near the starting point of the parade. The day of the March, I was prepared with a fully charged battery, layers, water, more snacks then anyone could eat in a day, signs, t-shirts, and lot of patience. It turned out the patience was what I needed the most. BART was a mess.

They severely underestimated how many people would want to take BART to the March. The station was overflowing and trains were held at other stops. When our train was 30 minutes late and 2 stops from the meting point, we got out and walked. We made it to 2 blocks from the start where we hit a wall of people we could not get through. We were still 4 blocks from the meeting spot. After several frantic text messages, we began to realize the group was not going to be able to meet. The one friend who did make it to the meeting spot was able to push through the crowds to us. The rest thankfully were traveling with others (or found others) and formed new mini-groups. We actually took on two singletons who were not able to meet with there group as well making us a new group of friends, embracing the spirt of the day. 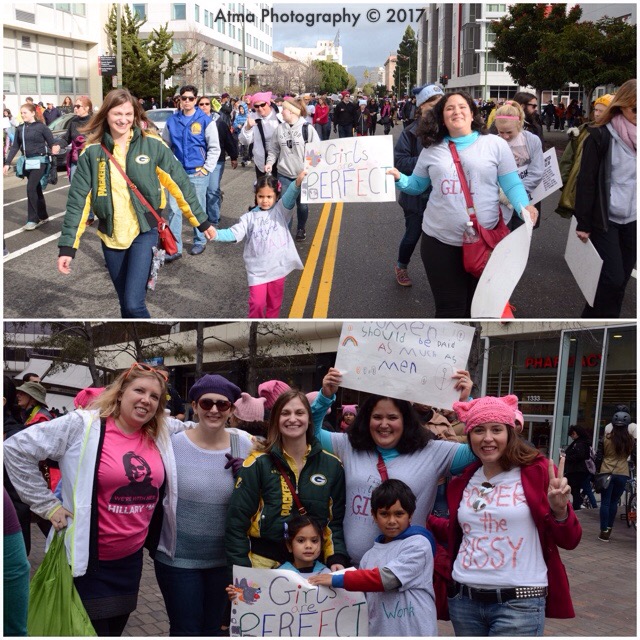 Those of us on the same train managed to stay together, and we even picked up some new friends

The March eventually started, and we walked with a sea of people down the street, chanting, singing “This Little Light of Mine”, and watching – reading the posters, observing the crowd, seeing the support. What I expected was a wall of women but what I saw was very different: women young and old, children in strollers, on shoulders, and walking, men supporting the women in their life, The younger generation was pushing the older generations in wheelchairs, trans people, people from all walks of life. Everyone was civil, everyone was happy, everyone was excited. There was a feeling in the air that was contagious. It was hopeful. It was powerful. It was at times overwhelming. I have never been part of something so big in my whole life.

The crowds were unimaginably large and incredibly diverse

The signs were funny, creative, and empowering

My children received a lot of attention during the March. My daughter was on my husband’s shoulders a lot of the time chanting her own chant “GIRLS ARE PERFECT!”. A number of people came to her to take her picture and tell her she was indeed perfect. Later on she was walking and singing her own made up anthem about the March. I didn’t quite follow it, but it was very enthusiastic. My son was surprised at the number of people who thanked him for his message “Women should be paid as much as men”. It was simple, straightforward, to the point, and entirely created by himself. My husband came too, to document the even with his camera, and to provide support. He said for him, it’s a matter of human rights, and his wife and daughter should have the same as any other human being. I was never so proud of my family.

After we reached the rally, we decided to head home instead of stay for the speeches. At this point my patient children had walked 4 miles, and been in large crowds the whole time, which my son is NOT a fan of. We took the train home and treated them to McDonald’s and the Play Area as a treat for their inspiring behavior. The rest of the day I looked at the media about the March. More than 500K in DC, 150K in Chicago, 100K in San Francisco, 60K in Oakland,750K in LA, thousands in 50+ cities around the world. Every place the event overwhelmingly had greater attendance than expected, usually by more than double. Fortune states that the attendance to be somewhere between 3 and 4 million people. That’s 1% of the US population. Some reports suggest that this event is collectively the largest demonstration in US history. Regardless of your political leanings, you can not deny that this sends a strong message to the new Congress and Executive Branch.

My dad called me. He said he was watching the coverage and the pictures I sent him. He said he was so proud of me, and so proud I took the kids. He told me to keep up the fight and he would always support me. I’m the strong woman I am today not only because of the strong women that raised me, but because of the strong men who continue to support me. My husband and I will continue to be that strength for our children. Because we believe in a better world for them. We still believe that love will always, must always, trump hate.

2 thoughts on “Surrounded by Love and Power”