My husband and horses do NOT have a good history together. Back in 2005, when were were driving across the country, we stopped to visit a friend in Jackson. They took us horse back riding through the valley. My husband was not confident and the horse knew it. At some point the horse wanted to run to catch up, my husband didn’t’ and…my husband was ejected from the horse. He got a badly sprained ankle (aggravated by the fact he refused to ride the horse back, and had to walk a few miles on it back to the cars). He swore he’d never get on the horse again. 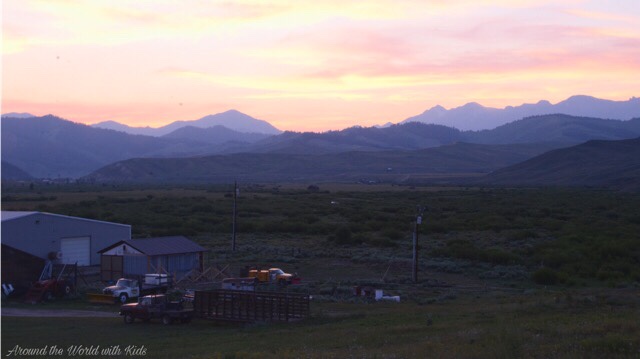 Beautiful country to ride a horse in, but after his last experience, he promised to never do it again

Fast forward to 2019 and our first night in Bali. We hear from our travel agent about a mix-up in our reservation with The Menjangan resulting in a different room than he had reserved for us. The staff was apologetic and offered as a compensation for our trouble, four passes to a sunset horseback riding trip. The kids heard this and were all over it. “Yes, yes, yes! We want to ride horses”. I look at my husband. He was in a good mood, on vacation, and to my utter astonishment said “Yes, that sounds like fun!” I was beginning to wonder who this man was…

We booked the ride for the next evening (before he changed his mind) and the next day we walked to the stables to meet our horses. By now, my husband was starting to realize what he agreed to and was a bit nervous. They took us into a room where they gave us helmets, gloves, and boots, and gave my husband the release form to sign away our lives. He reluctantly did. Then he discovered his feet were too big for Indonesian standards (Size 13 American), so he didn’t have boots.

We all had helmets, boots and gloves. Only my husband didn’t get boots to wear…*

We had been told that there would be guides to lead the horse if we were didn’t feel confident. I was the first one asked to load up. They had a stand there, and I climbed up and got on the back of a horse. The very first thing I realized. I, myself, had not been on the back of a horse since that fateful day back in 2005. I had forgotten how high it was. I forgotten you need core strength and balance (something I have significantly less of after two kids and years of not exercising enough). But I put on a brave face and smiled for my husband as the guide lead my horse up the hill.

At the top of the hill, I told the guide of my husband’s history. He looked thoughtful. He said “Well, I was going to lead one of the children, but I’ll lead your husband and have the other guides lead the children. But you’ll have to go without a lead. But you look ok on the horse, you’ll be fine right”. Sure! I haven’t been on a horse in 14 years, have only ridden 3 times in my life, but it still made me the most experienced of the group.

Trying to look confident on the horse

After a little while the rest of the group was loaded up and we headed out. My daughter and her horse, Pocahontas, lead the pack. She looked like she was made to ride a horse. She got a pink helmet which meant she was happy, and sat upright and confident at the horse started off. My son was behind her, a little more nervous. Then it was me. Heading up the rear was my husband, who looked out right terrified on the horse. He was white knuckled holding on the the rein, and asking the guide to make sure to keep the horse in check. Poor guy. But at least he was on the horse.

She loved being on the horse, had confidence from the beginning, and looked made to be on one 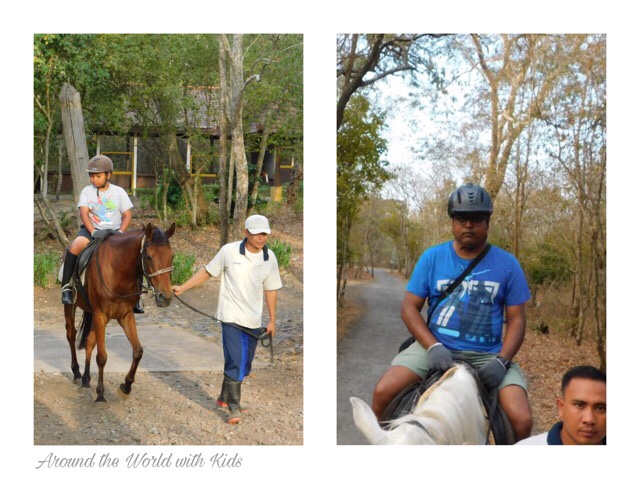 These two were a little more nervous

It was a quiet pleasant ride through the woods and then along the water’s edge. We saw a lot of mangroves, and it was clear it was a full moon low tide because you could see where the roots would normally be hidden and the ground would be wet. After about 30 minutes, the trees opened up and we were able to walk quite a distance out to the dead coral toward the water. The sky was pink, and the sun was setting behind the volcano. It was breathtaking.

Enjoyed a pleasant ride through the forest 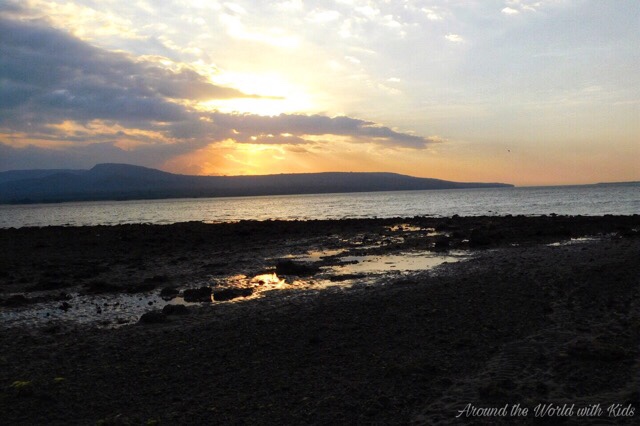 Enjoyed watching the sun set behind the mountains

We sat for a while looking at the sky and taking pictures. Then the guide asked if we wanted to stay longer to see the sun completely set. My husband said “Yes, can I get off to watch it?”. “Honey, how are you going to get back on?” “What do you mean, get back on?” My husband had thought we ride to the beach and then go back to the room! It didn’t occur to him we had to ride the horses back! Suddenly, he was keen to leave the beach and head back. 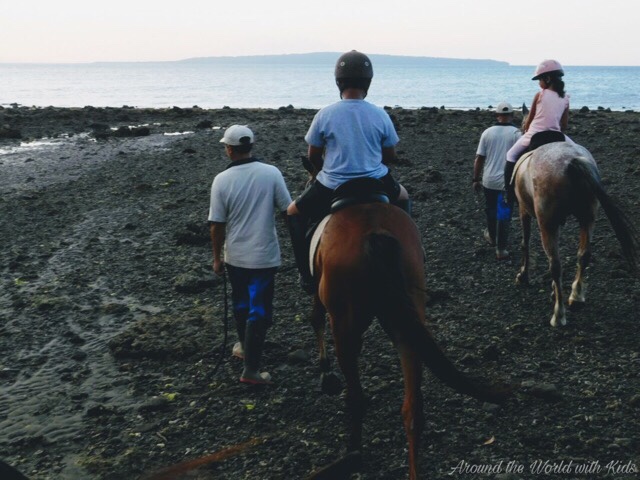 A great place to ride, but there was no place to dismount and remount easily…

As we headed back, we had one little scare. As the kids became more confident, the guide let them walk solo and let go of the reins, just walking along side. But Pocahontas was a snack monster. She kept stoping to eat. And my daughter didn’t have the strength to pull up the reins and get him to keep moving. My horse I think was used to being in the lead and wanted to keep going. Well, My son’s horse didn’t like being crowded and decided to let my horse know – by tryin to kick him in the face. By some miracle, I saw it coming and my horse and I reacted quickly backing away and not getting kicked. I screamed, but mostly because I was afraid of my son being thrown off. He was fine (balance and strength of a 9 year old). My husband was freaked out and ready to jump off and abandon horse riding. But I promised him we were all fine. Then I had a serious talk with my horse about personal space, and we spent the rest of the walk keeping our distance from my son and his horse. Apparently it was a good match for my son, he likes his personal space as well.

Finally we pulled into the stables and went up to the stool to dismount. This is when I remembered that the last time I went horse back riding was before I had any knee surgeries. My hips and knees have been tight ever since the surgeries and babies, and I had noticed a twinging pain during the ride but ignored it. But getting off and putting pressure on my knees I had a searing pain. My legs were shaking and I could barley walk. Yeah, I’m not 25 anymore…

Thankfully the pain went away before the night was over, but the memories will not. The kids declared horse back riding one of the best parts of the Menjangan. My husband was glad to have gotten over his fear, but not excited to get back on a horse anytime soon. I had enjoyed the ride, but also enjoyed the drink I had later at the beach BBQ. But we have lovely memories of a family activity that started our Bali adventure off right. 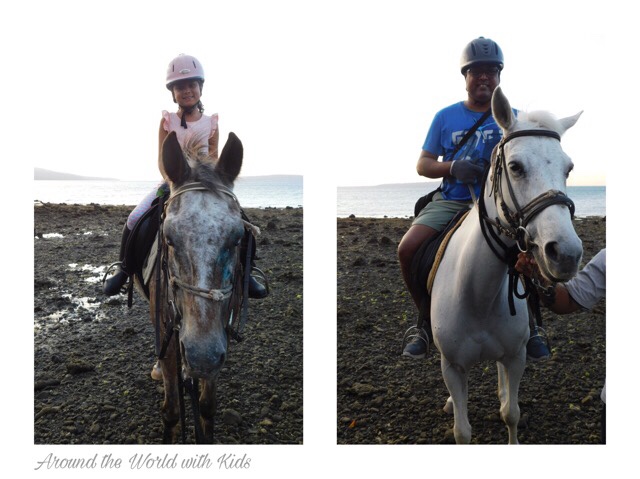 This trip was part of our series Robin Turns 40 – Celebrating in Bali, Indonesia