We were looking at another hot day in Salt Lake City, so our original plans of visiting the Lagoon Amusement Park or the Dinosaur Park was out. We wanted to stay indoors, but where to go? A search of the top things to do with kids in Salt Lake brought up the Discovery Gateway Children’s Museum. It got rave reviews, looked huge and mostly indoors, and was 10 minutes from the hotel. Sold!

As we went in, the rainbow stairs and bright decorations immediately attracted the kids. They ran up excited knowing they were in for a treat. Right after paying our entrance fee, there was a giant ball area. There were several pipes and paths. The kids got to see the balls sucked up into tubes, travel twisty turns to the another ball pit. They raced balls down different tracks and saw how many could balance on the air shoots.  They could have spent all day over there, but I showed them that there was even more fun to be had at the museum.

We happened to pull the kids away just in time to attend the mid-morning puppet show. The puppet show had a great interactive portion up front where volunteers got to go up and be the firecracker puppets. My little firecracker volunteered to be the “mama firecracker” in the puppet show. All the kids did an excellent job. Then there was a great show about a alien who got lost on his birthday, and made friends with a rock monster on another planet. Super cute for the little ones. 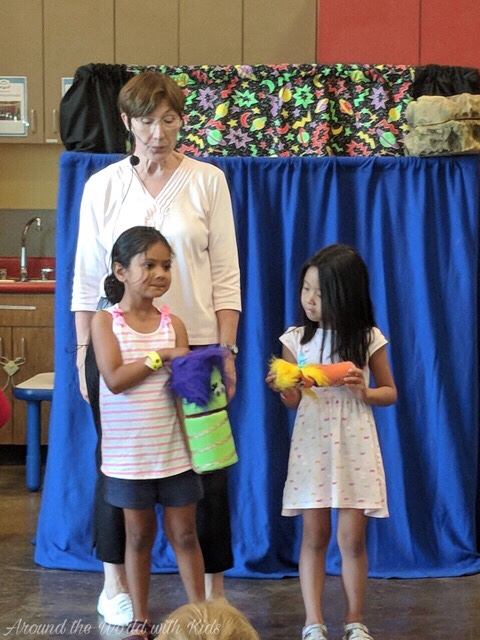 In the Kids Eye View section there was water play and an extensive pretend play supermarket. My son, had a blast at the water play, building dams, moving vortices of water, and fishing, and enjoying all the different things you could do. Later he found the construction site, and was busy lifting “blocks” up with the crane, and getting together with another boy to do a building project. They kept getting frustrated with the younger kids, who didn’t understand they had a greater plan in mind. 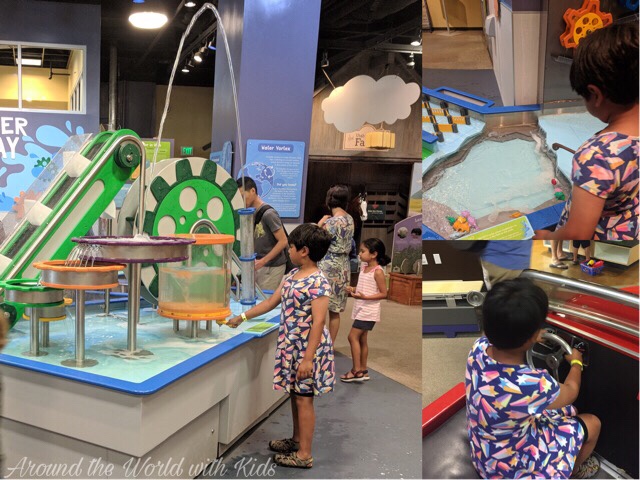 My daughter loves pretend play and was in her happy place. at the supermarket She spent almost 3 hours in this area. There was a farm, a market, and a house. My daughter went shopping, cooked meals, took care of babies, delivered mail, and went to the farm to feed the horse. She had a whole world in her mind, and she found another girl to join in with her. I kept trying to get her to go upstairs but she wouldn’t leave. She always had an excuse: She needed deliver the mail then go to a meeting, she needed to go to the market and feed Nellie (the horse) on her way home, she needed to feed the baby and cook dinner after work. Finally, when I told her she had 10 minutes left in the museum, she finally went upstairs to find her brother.

My daughter thrived in the pretend play area, enjoying every single area

Upstairs was the STEM Studio filled with blocks and other building materials. Here my son found the racetrack, where you could build lego cars and race them. He spent much time here, perfecting this car.

At the end of the upstairs was the Move It! Area. Here there is basketballs and a hoop, small stilts to walk on, a tire track to hop through, riding toys, and a mirror house to run through. There was also mats and a wedge, which my kids used to show us all the tricks they had learned in gymnastics camp the week before. 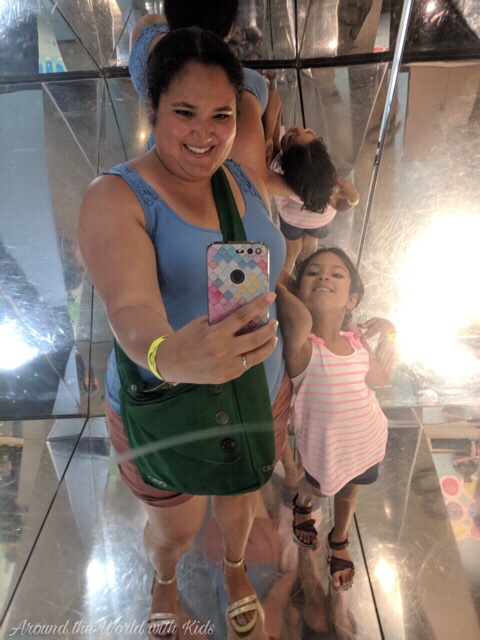 I’m afraid once we got up to the Move It area, we spent most of the time trying to get the kids to leave, and this is the only picture we got.

They were running around playing, but my husband and I were getting hungry. So after several “one more” warnings, we were finally able to usher them out so we could have lunch. No one was happy to leave such a fun place, but we were glad we found such a wonderful place to spend the morning, and enjoy Salt Lake in an air conditioned environment. 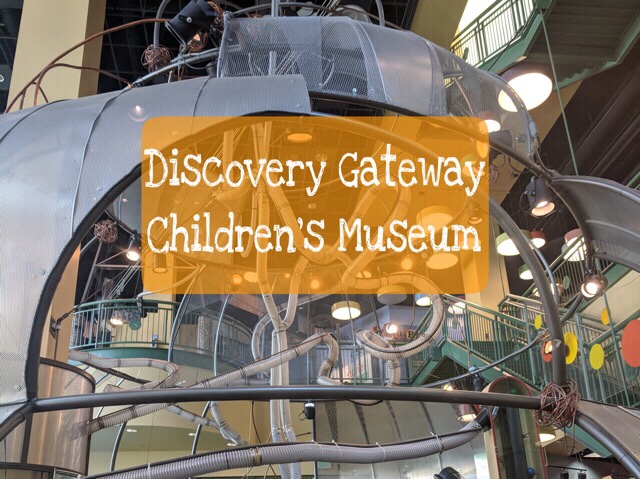